We begin with today’s grilling of the Inspector General of the Department of Justice by the Senate Judiciary Committee chaired by Senator Lindsey Graham who focused on the phony Republican talking point claiming the Steele Dossier was the predicate for the Mueller Report and the investigation into Russian ties to the Trump campaign. Although the IG’s reports refutes that spin, Senator Graham castigated the Steele Dossier as “The first thing is about the golden shower – about the sexual encounter that President Trump supposedly had at the Ritz-Carlton hotel in Russia”, then rising to an emotional climax, “it’s salacious and it’s a bunch of crap.” Jake Laperruque, Senior Counsel at the Constitution Project of the Project on Government Oversight joins us to discuss the partisan focus on criticisms in the IG’s report of mistakes and deficiencies in the FBI’s applications for extensions of the FISA warrants on the Trump campaign’s foreign policy advisor Carter Page who was recruited by Russian intelligence agents who were later expelled from the country. And while the new-found champions of civil liberties, the Republican’s spin had some basis in truth over problems which FBI Director Christopher Wray vowed to fix, the overall hearing today was yet another display of the alternative realities of a fact-based report versus the desperate political fictions the Republicans are barking into the wind.

Then we speak with Wendy Brown, one of the country’s leading political thinkers on the challenges to democracy and the survival of the rule of law in today’s regressive and reactionary world. A professor of Political Science at the University of California, Berkeley, she joins us to discuss her latest book, just out, “In the Ruins of Neoliberalism: The Rise of Antidemocratic Politics in the West”. We analyze the reactionary moralism of the Trump Administration’s most ardent and effective proponent, William Barr, and the need for a new vision on the left to blunt the apocalyptic populism of white patriarchy and the right’s denial of the climate extinction threat to God’s green earth. 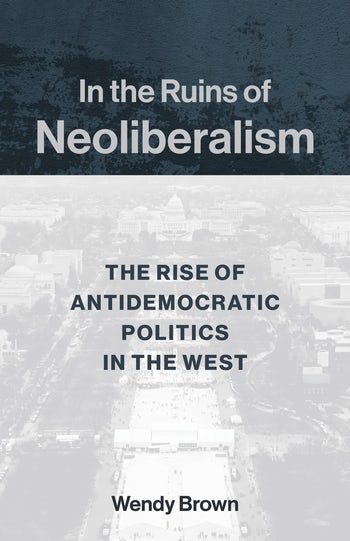 Will Boris “Get Brexit Done” Thanks to Corbyn’s Lackluster Campaign?

Then finally we get an appraisal of the likely results in tomorrow’s election in the U.K where the stakes could not be higher but where the voters are weary. One of the world’s leading analysts of popular culture, media and their connection to the politics of everyday life, Toby Miller, Professor of Media and Creative Industries at Loughborough University in London joins us. We discuss the possibility Boris Johnson will win enough seats to make good on his slogan to “Get Brexit Done” since the Labour leader Jeremy Corbyn has run such an ambivalent and lackluster campaign.